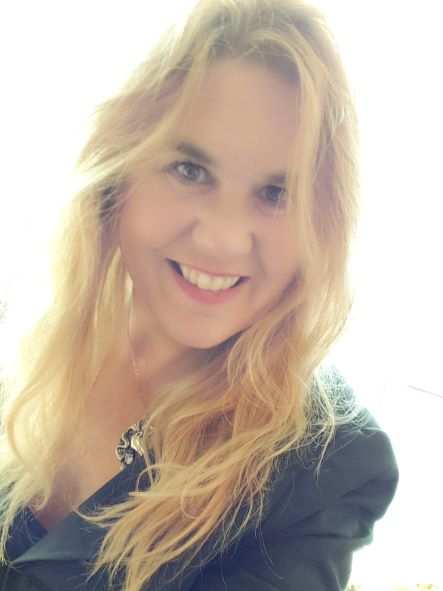 I write flash and micro-fiction, mostly. Some longer short stories. And I’ve begun a novel.

A few of my stories are in anthologies, including Best Microfiction 2020 and 2021;  2020 and 2021 National Flash Fiction Day, The Best Small Fictions 2021.  I’ve also got stories in Twisted Tales, Ghost Parachute anthology, Predators in Petticoats and Word Swell.

I have a strong belief there is more to this world than what we see on the surface. If it’s not on the surface, however, it must exist below it or hidden in some way. That makes it dark – or shadowy at least. Some of my favorite stories live there.

Others are more straightforward – break-ups and hook-ups, loss and discovery, and the little things that don’t seem like much when they happen but have a deep impact.

I’ve been a writer for a couple of decades now. I’ve worked in newspapers and magazines and now in higher education. I’ve also worked retail. Have you had those cinnamon-roasted almonds you can get in a cone bag at a fair? I worked at the first place in North America to make them. I worked at a hog farm for a couple years, too.

I write fiction because: one, I firmly believe that Story is one of the pillars of the universe; and two, I’ve tried to quit writing fiction a couple times and apparently it’s something I just have to do.

As for the personal details, I was born horse crazy and never got over it. I still rate trees by how spooky they look or if they would be easy to climb. I’ll say hello to your dog before I say hello to you, and I figure you should understand that.

I have a bachelor’s degree in English from Saginaw Valley State University, and I dabbled in medieval studies at Western Michigan University. I still miss Michigan, especially in late summer late at night or any time in autumn.

I live now in Underhill on the edge of the Shawnee National Forest with my beloved Tim Crosby, a couple dogs and cats and few chickens and will have a horse again soon. I have a son, Dylan, named after the folksinger. He’s 20.

Connect with me on social media and at epiphanyferrell@gmail.com.